Legends, thank you for your honest vote in the Sacrificial Ritual.

The decision has been made. The legend who is going to be banished from the LOCGame Metaverse is:

As you wished, Crypto Banter and every iteration of his will cease to exist in the LOCGame Metaverse. Holders of the Banter card will be required to burn it in Satoshi Nakamoto temple. For your sacrifice, you will receive a more worthy card in return.

Here are the events that led to
Judgement Day

The world was deep inside an economic crisis caused by the decision making of the global elite. People finally had enough and were ready to take the fight to the world’s most powerful figures. But who could lead this fight? Who could help put power back in the hands of the people?

Seemingly out of nowhere, an unknown figure known as Satoshi Nakamoto revealed a new technology that was capable of creating a brand new financial system. This Technology promised to take power from the global elite and gave it back to everyday people, who were rightfully recognised as the real engine of the world’s economy. The world has never been the same since this revelation! 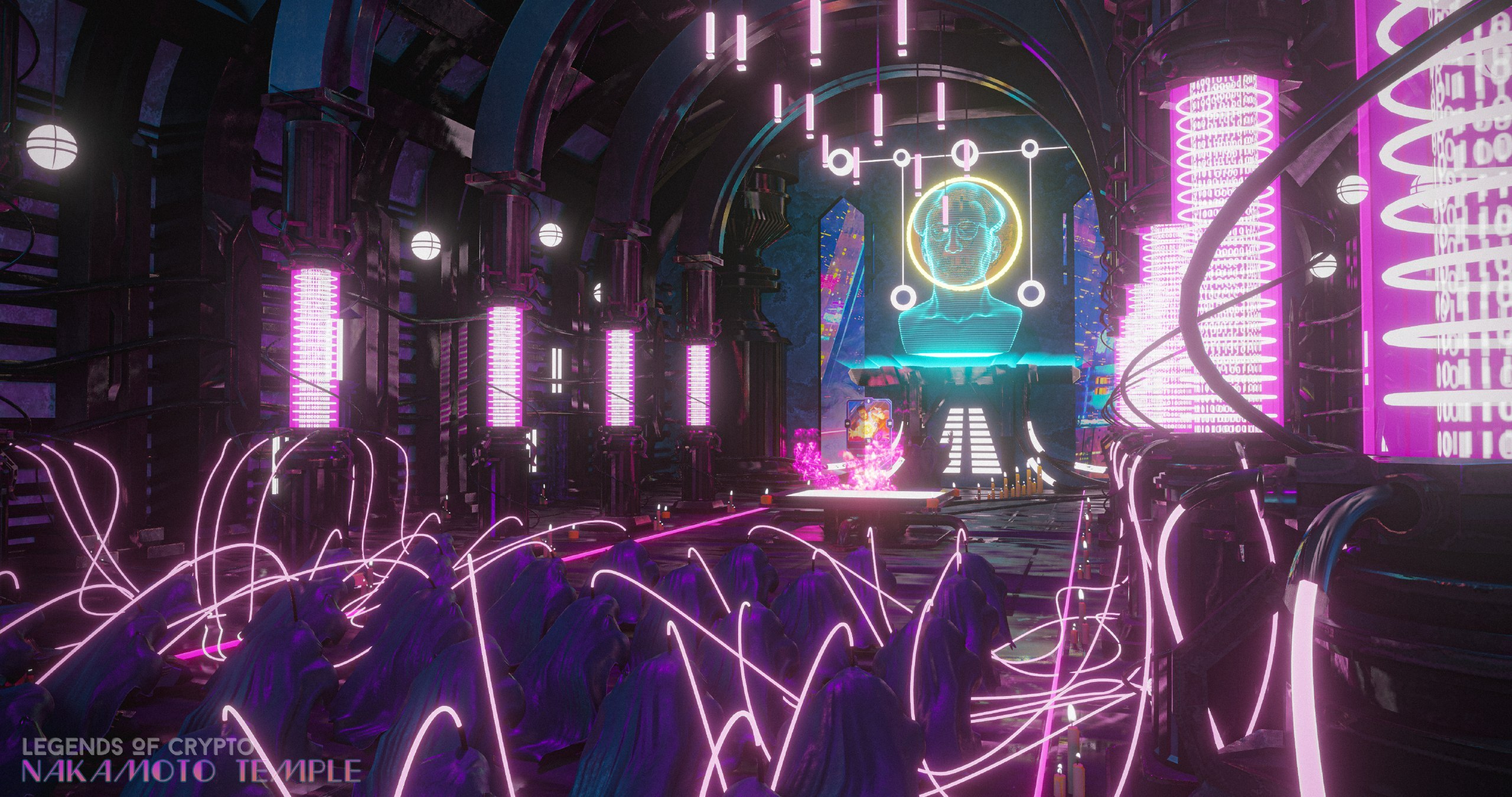 Satoshi inevitably attracted plenty of allies who believed in his cause. These individuals became known as Legends and were handed a currency called the Legendary Coin. Several legends joined him and took it upon themselves to make this technology and currency powerful. As the currency gained enormous power, each legend that played a vital role in its growth earned new names such as “The Whale” “The Pumper” and “The Dumper”.

These legends usually gathered in one place and kept on building the technology. Their advances were so great that the technology being built gained consciousness of its own. They were able to work in a meditative state and connect each other's consciousness with the technology to collaborate and decide what’s the best strategy for the future. 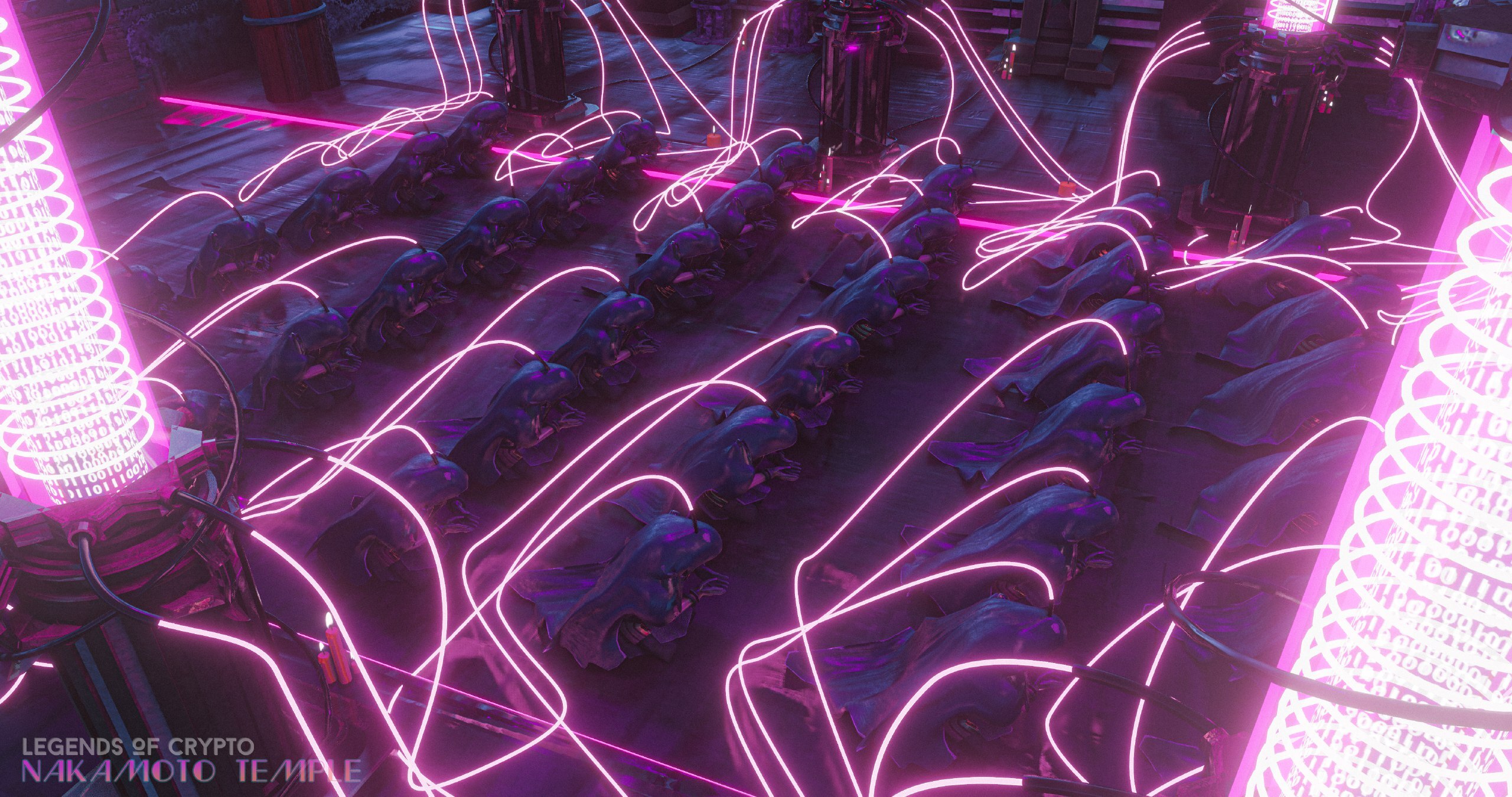 Decisions regarding what was best for the technology sometimes led to conflicts. One day, one of these conflicts boiled over and resulted in a massive fire. This fire became known as the Sacred fire. This Sacred fire represented the life of the Metaverse and eventually forged the first Legendary Card and Legendary Board.

To honour the person who started this revolution, this place was named the Temple of Satoshi Nakamoto. The cards forged in this temple were no ordinary cards. For each legend, one card was forged. Each card represented the legend's impact on the Coin and the board represented the technology on which the coin is based. 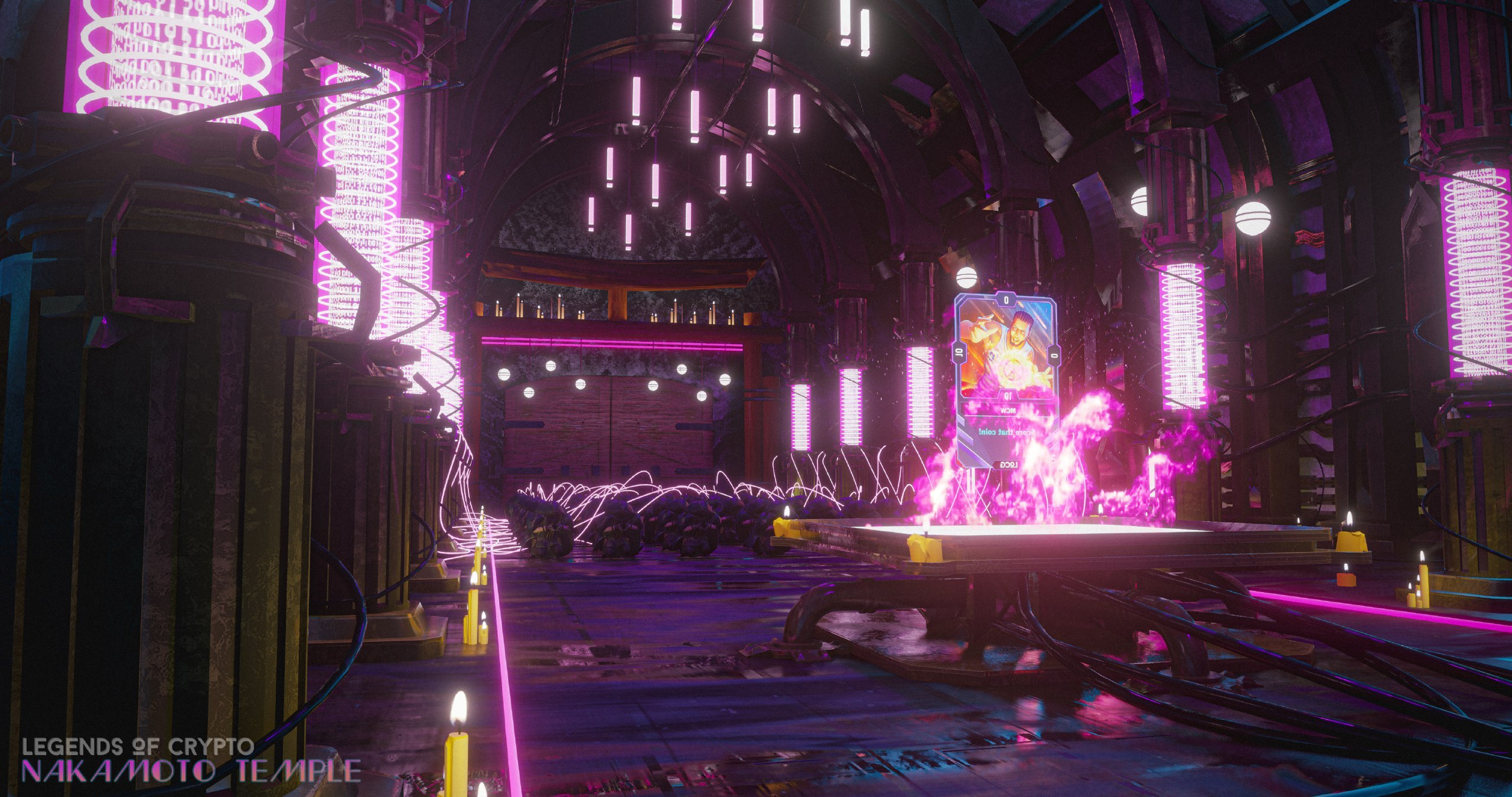 As the cards and the board became more powerful, greed inevitably set in. Certain legends chose to manipulate the cards to work in their favour. When this started happening, the legends decided to participate in a sacred ritual, where each card needed to pass through the sacred fire. If the card was manipulated, the fire would burn the card into ashes and the legend would be banished from taking any decisions.